Get 10% extra OFF on Porto Summer Sale - Use PORTOSUMMER coupon - Shop Now!

Send us a quote

We will respond as soon as possible!

The African Wines we export are produced in the Western Cape region of the Republic of South Africa.

In these regions, there are distinct macroclimates which makes their taste different and appetising. Although they are not the best known in Europe.

South Africa is among the top 10 wine-producing regions in the world. It is known for combining the flavour and intensity of New World wines. Always with the elegance of European labels.

This country is recent in the tradition of winemaking. Its product, however, has plenty of quality and plenty of demand, and is increasingly recognised and sought after.

This was known for its strong, sweet and full-bodied flavour. Although cultivation only gained momentum due to the presence of French Huguenot immigrants.

Slaves went to the vineyards daily to remove any insects that were on a plant, thus preventing disease.

This treatment, as well as the cleaning of barrels, vats, and presses, are determining factors for its quality and final result.

Despite a promising start in the production of wines, their quality was low. Therefore, in 1918, the KWV (Koöperatieve Wijnbouwers Vereniging van Zuid-Afrika Bpkt) was founded. A cooperative of producers who ensured the continuous improvement of the quality of South African wines.

The purpose of this cooperative was to determine the prices of all the wines and manage the production quota system. It also defined who could or could not produce and in what quantities.

During the 20th century, the South African wine industry was somewhat halted due to Apartheid. Only after the fall of this regime and with the election of Nelson Mandela, South African wine started to resurface frequently in restaurant menus and wine shops around the world.

There has been a colossal growth in the country’s wine production, reaching 28 million litres annually in 1991 and in 2002 exports reached 218 million litres.

The KWV ceased to be the wine regulator from 1997 and was privatised in 2002. Today it still controls part of the South African wine sector but does not have as much power as before.

Today, we can see South African production standing out in the world alongside countries like France, Portugal, Australia, Argentina and Brazil.

The great success of this expansion is due to the union of African soil with an exceptional and propitious nature for planting, with more than 450 million liters currently being exported to more than 80 countries.

We take the best South African wine to the World

ONI, import-export, strategically based in Cape Town, South Africa has several types of wine. Wines imported directly from South Africa, with different types of grape varieties, and with an unmatched aroma.

Wine distribution outside the South African region is extremely popular with many wine distributors. Wine is often enjoyed with a juicy steak or a delicate piece of fish. And we provide the best.

All XPTO wines are produced in Stellenbosch and the Eastern Cape.

Our red wines are elegant wines complemented by notes of fresh grass and spices. They result, then, from a varied blend of grapes, cabernet sauvignon, Shiraz merlot and pinotage.

They can be distributed in 5-litre packets or 0.75-litre bottles.

With a finer and more delicate profile, we have our sparkling wine, with hints of raspberry and rose petals. This sparkling wine is made from the grape varieties: Chardonnay, pinotage, and Shiraz and aroma of cherries and berries.

We also offer an ideal wine for summer. With origin in the vinification of selected grapes of the varieties Chenin-blanc, Sauvignon Blanc and colombar. A wine with an aroma of honey, tropical fruit salad and apple. A real delight that you can not fail to try. 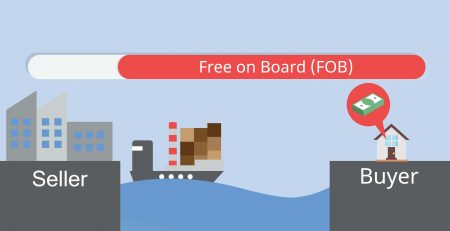